Who was Choudhry Rahmat Ali ?

Choudhry Rahmat Ali ‬‎ 16 November 1897 – 3 February 1951) was a Pakistani nationalist who was one of the earliest proponents of the creation of the state of Pakistan. He is credited with creating the name "Pakistan" for a separate Muslim homeland in South Asia and is generally known as the originator of the Pakistan Movement.

Rahmat Ali's seminal contribution was when he was a law student at the University of Cambridge in 1933, in the form of a pamphlet "Now or Never; Are We to Live or Perish Forever?", also known as the "Pakistan Declaration". The pamphlet was addressed to the British and Indian delegates to the Third Round Table Conference in London The ideas did not find favour with the delegates or any of the politicians for close to a decade.

They were dismissed as students' ideas. But by 1940, the Muslim politics in the subcontinent came around to accept them, leading to the Lahore Resolution of the All-India Muslim League, which was immediately dubbed the "Pakistan resolution" in the Press.

After the creation of Pakistan, Ali returned from England in April 1948, planning to stay in the country, but his belongings were confiscated and he was expelled by the prime minister Liaqat Ali Khan. In October 1948, Ali left empty-handed. He died on 3 February 1951 in Cambridge "destitute, forlorn and lonely". The funeral expenses of insolvent Ali were covered by Emmanuel College, Cambridge on the instructions of its Master. Ali was buried on 20 February 1951 at Cambridge City Cemetery. 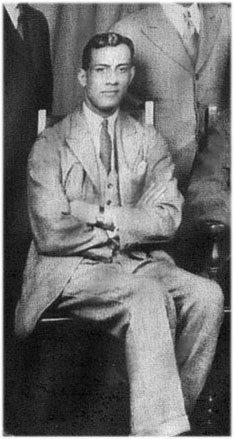 Posted by Rehmat Ali Foundation at 11:36 AM